Japan's core consumer inflation rose to 2.8% in August, the record level for eight years. This has reinforced economists' growing fears that price pressures will last longer than the Bank of Japan (BOJ) expected, although many still do not expect immediate changes in its soft policy. The Bank of Japan will hold a policy meeting on Thursday at which analysts expect it to review the pace of economic recovery and likely leave both short- and long-term rates near zero.


The main event of this week certainly remains the Fed's interest rate meeting on Wednesday. Despite all efforts, inflation in the U.S. showed an increase of 0.1% in August on a monthly basis, which strengthened investors' confidence in a tough rate hike in September. Instead of 75 bp, it is quite possible to expect 100 bp.


Gold remains under pressure due to the rising dollar and constantly rising rates by central banks around the world. Nevertheless, the head of the World Gold Council, David Tate, believes that the precious metal has good prospects for growth in the near future. He says that gold may fall lower, but it is obvious that it is being purchased at these levels. Many investors are reviewing their portfolios in the current situation, and gold is not in the last positions.


Digital asset prices react sensitively to regulatory decisions, such as changes in the key rate.  It is expected that due to record inflation in the United States on September 21, the US Federal Reserve will raise the key rate by 100 bp, which will be the largest increase since the early 1990s. Analysts believe that this could push bitcoin to the level of 17,000 USD at the moment. However, if the Fed limits itself to an increase of 75 bps or lower, this may not occur.


The XAUUSD pair recoiled from 1,680 USD amid the strong U.S. dollar.  The price is under the 25 and 50 days moving averages suggesting possible retesting of the 1,654 USD level. The MACD is in the oversold zone confirming a continuation of the decline. 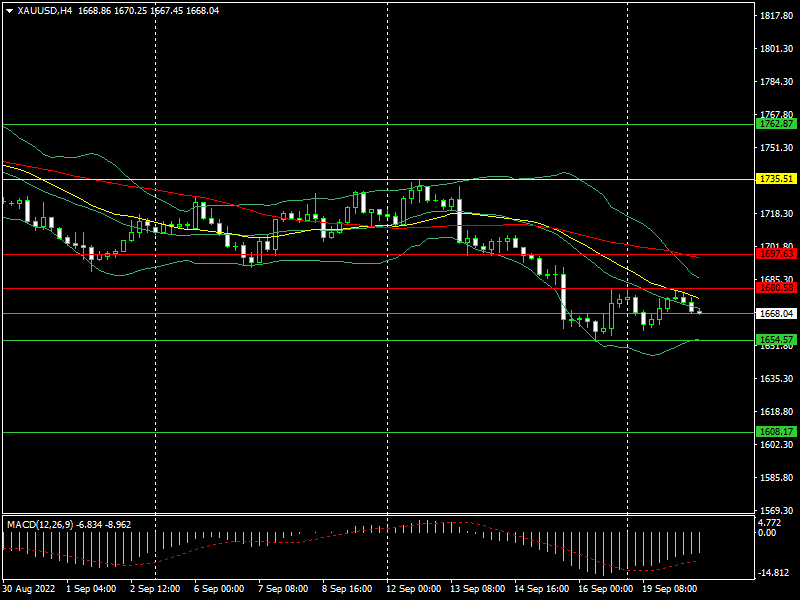 
The USDJPY pair traded sideways between the 142.678 and 143.766 levels amid strong greenback. The Stochastic indicator and the RSI, which is above 50, both suggest a possible movement upward. The pair is  trading above the 25-day and 50-day moving averages, which is supportive for the price. There is a chance of  attempt to break through the 143.766 and moving towards 144.501 level. 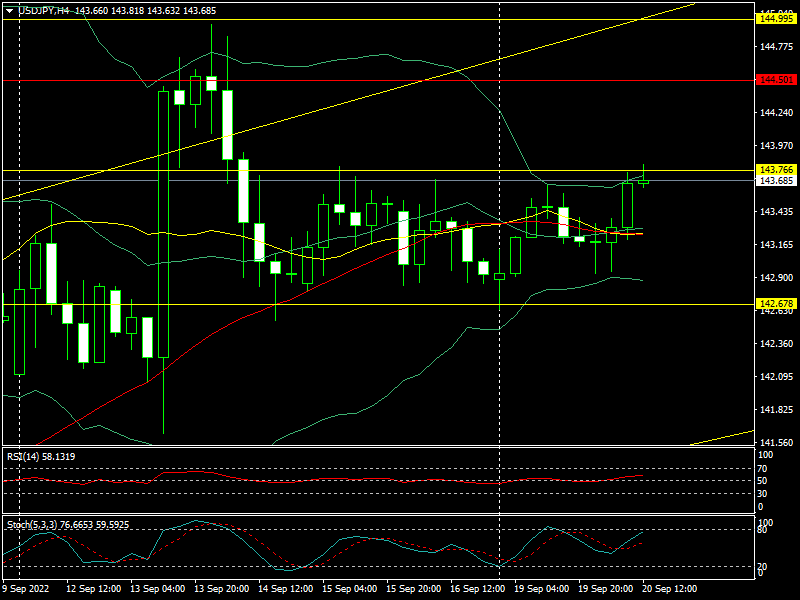 
The EURUSD recoiled from the resistance level at 1.0291. The price is between the 25- and 50-day moving averages, which indicates pressure on the pair. The MACD and the RSI indicator, which is under 50, both suggest a possible downwards movement towards 0.99497 and lower. 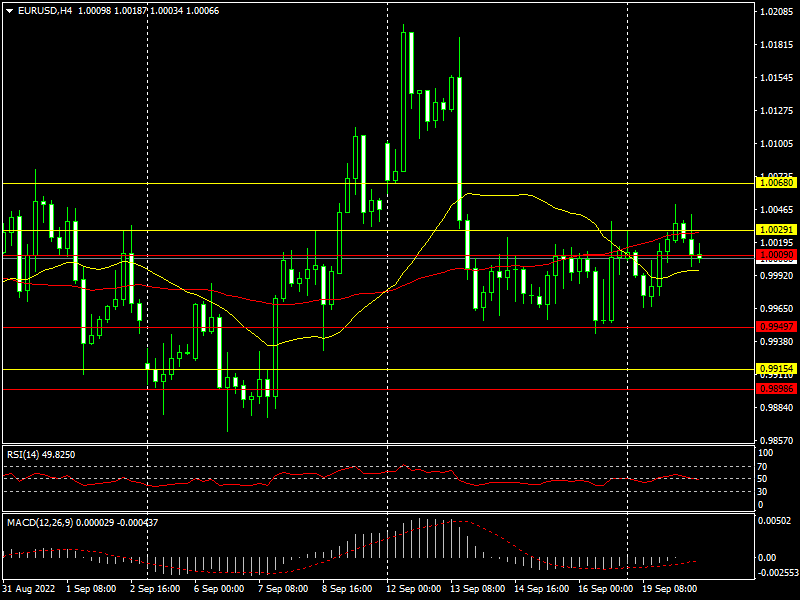