The U.S. dollar staged a rally that might cause a headache for the global economy, such as lower growth rate and persistently high inflation. The dollar is considered the main currency of world trade and finance, so its fluctuations are reflected in the entire global ecosystem. For example, this may occur in the shortage of fuel and food in Africa or in record inflation in Europe. The Fed's aggressive measures led to an abnormal growth of the dollar in 2022 to 20-year highs, but this can hardly be considered a success, since so far it is only the result of an unresultable fight against high inflation. The U.S. dollar index rose by more than 14% in 2022, showing the most impressive increase since 1985. 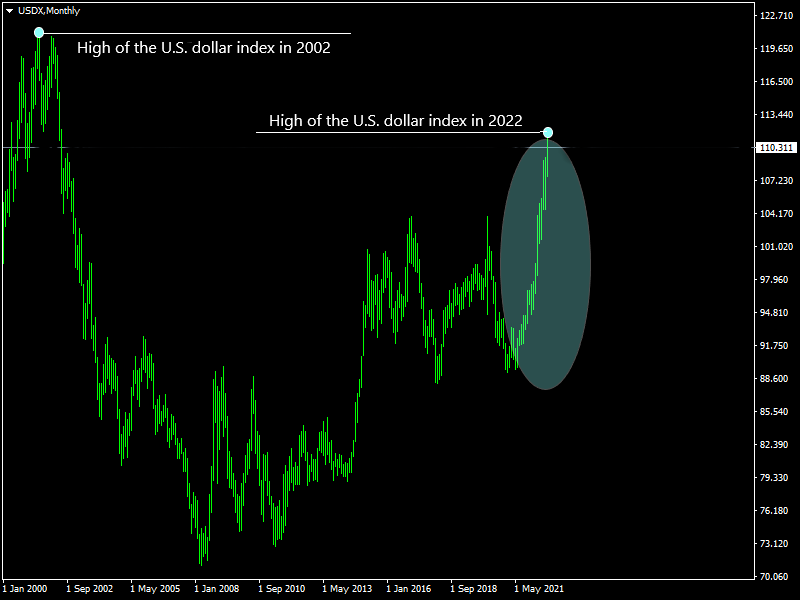 The U.S. dollar index is an indicator of the strength of the U.S. currency, which includes a basket of foreign currencies, such as EUR,JPY, GBP, CAD, SEK and CHF, whose value is compared with the value of the dollar.

On September 21, 2022 the Federal Committee raised the rate by 75 b.p. to 3.25% which opened new heights for the greenback. This is the fifth increase in the Fed's interest rates. For the United States, a strong dollar means cheap imports, higher export prices, an increase in the cost of corporate financing, as well as a record purchasing power of Americans compared to other countries. The strong dollar also hit Wall Street, cutting the profits of the American companies aimed at foreign markets. In addition, it drained the money flow in gold and oil.


Impact on the other major currencies


All major currencies fell and updated their historical lows. The euro and the pound are declining, reinforcing historically high inflation provoked by astronomical energy prices.

On September 8, 2022 the head of the European Central Bank, Christine Lagarde, said that the fall of the euro by 12% this year increases inflationary pressure. The ECB is signaling a more aggressive policy, and investors are now predicting that rates will rise to 2.5%. But the euro continued to fall anyway. The ECB is powerless against the strengthening of the dollar, and even despite tight monetary policy and improving economic prospects, all this may become useless due to the further growth of the dollar 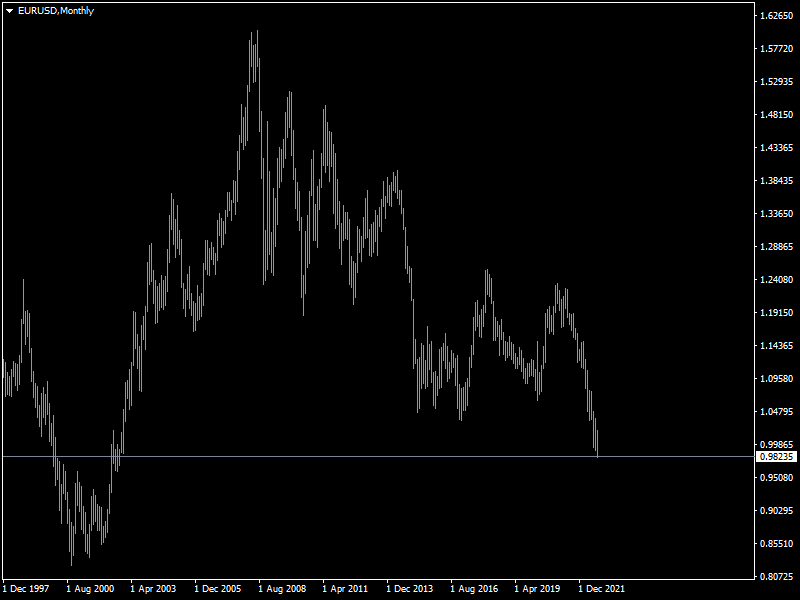 This fall, the World Bank warned that the global economy is heading for recession and a series of financial crises in the emerging market. Many countries have not gone through a cycle of high interest rates since the 1990s. There are a lot of external debts doubled during the pandemic and this stress in emerging markets may increase. A stronger dollar raises the cost of servicing debts in the U.S. currency and makes it difficult to pay them.According to the Institute of International Finance, governments of developing countries owe 83 billion in U.S. dollars, and this debt needs to be paid by the end of next year.


China's central bank has tried to strengthen the yuan by releasing more dollar liquidity to the market. Chinese regulators have stressed their sensitivity to the weakening of the yuan, as the devaluation decreases consumer confidence. As one official said, a depreciating yuan could drive China into a vicious circle.


In Japan, it is believed that the fall of the yen to a 24-year low against the dollar will hurt business. In September, the Bank of Japan said that a sharp devaluation of the yen is likely to make the strategy of companies unstable. The weakness of the yen has led Japan to the largest monthly trade deficit in history. In August, it reached 2.82 trillion yen, which is equivalent to about 20 billion dollars. The cost of imports increased by 50% due to high energy prices and the depreciation of the currency.


How to use this situation in Forex trading?


The U.S. dollar index may be used to analyze currency pairs of the Forex and to determine the general direction of the trend in the market. The index chart is easy to open and most often it is designated as USDX in the trading terminal.


In currency pairs with USD, such as EURUSD, GBPUSD, USDCHF and etc, the dollar index will give an idea of the relative strength of the dollar and the direction of movement of the pair. The USDX has a correlation with the mentioned currency pairs and a trader can use this indicator as an additional source when analyzing the market.