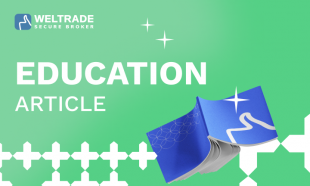 
A tilt in trading occurs when a trader acts while experiencing intense emotional excitement and is unable or unwilling to control his actions, leaving him entirely at the mercy of emotions. One could argue that tilt is an emotional trap. This usually occurs after a string of either extremely profitable or disastrous trades; thus, there are two types of tilt:


A positive tilt is a sense of "superiority" following a string of profitable trades. In this state, the trader feels a surge of strength, his "omnipotence," and abandons risk management because "everything is already in profit."

Feelings of rage and sadness characterize a negative tilt. It’s a condition that appears after a string of losing trades and is frequently accompanied by a desire to "recoup." Under the influence of emotions, the trader stops analyzing the market and increases the risk to profit more.

Tilt can affect both new and experienced traders. However, being able to deal with your emotions is one of the requirements for successful trading. It is tough to control one's emotions since one must control negative emotions and the joy of a successful deal. Personal life problems can also impact a trader's psychological state and, as a result, his trading. Learning how to recognize and exit the tilt state as soon as possible is important. There are no universal guidelines, but there are a few rules to follow.


Do not trade in an unstable emotional state.


Trading is always associated with risk, which means that stress is unavoidable. As a result, it is critical to cultivate a positive attitude toward your failures and mistakes and to recognize that defeats, as well as victories, are an unavoidable part of the trader's job. You must improve your knowledge, skills, and self-control to get good results.