Risk Management in the Forex Market

Risk Management in the Forex Market

What is risk management?


Risk management is a set of trading control rules that allow to minimize losses, increase profits and save a deposit in case of a series of unsuccessful deals. The risk management rules apply to the size of the position, closing unprofitable trades and profit-taking. Classic risk management principles include the mandatory installation of a Stop Loss and Take Profit orders, closing positions before the release of important news, limiting possible losses per day by no more than 2% of the deposit.


In addition to the high potential for profitability, Forex trading also contains certain risks, since the price of an asset may not go in the direction of the deal, but in the opposite way. It is almost impossible to predict risks 100% in advance. Risk is a random value, but it is still amenable to calculating and predicting the range, which is why risk management exists.


How much to risk?


Most beginners start opening deals by intuition and even without preliminary mathematical calculations. Confidence makes them greedy, so they start taking too much risk in one trade, and a short series of failures kills their deposits.


It is assumed that if you risk 25% of the deposit in each trade, then the collapse is inevitable. Even if used 10%, it may last a little longer. A professional can afford to risk only a very small share of his funds in one trade. The golden rule of risk management is to limit possible losses per day to no more than 2% of the account. If a trader makes four deals a day, then his limit on a Stop Order should not exceed 0.5% of the deposit. The 2% rule reliably limits the damage that the market can cause to the deposit. Even a sequence of five or six unprofitable deals is not able to significantly worsen the prospects of earnings. 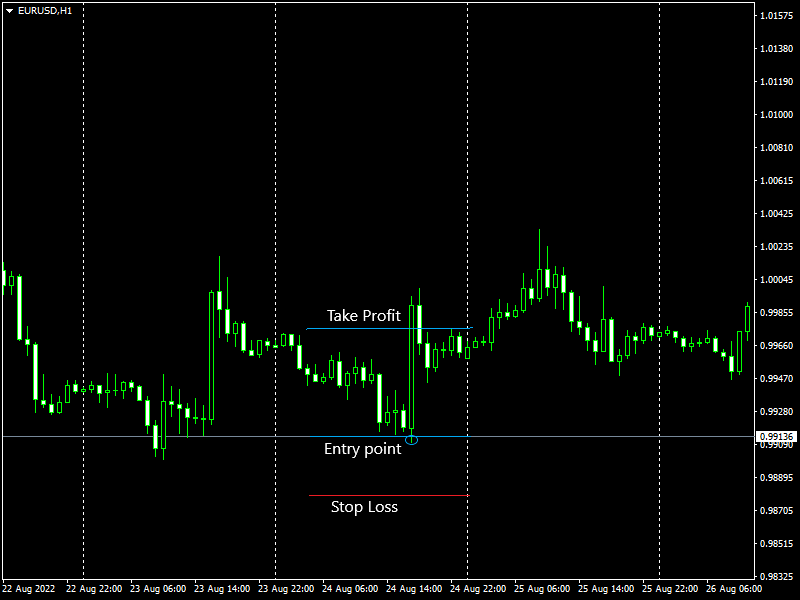 A trader can use a shorter Stop Loss and a longer profit target to increase the risk-to-profit ratio. The price in this case can reach the Stop Loss faster. Thus, a shorter stop order and longer profit-taking goals will lead to a decrease in profitability of the trading strategy.


On the other hand, a trader can set a longer Stop Loss and a shorter profit target. This will mean that the risk-profit ratio is decreasing. Now the price can more easily reach the Take Profit, and there will be more room for mistakes in trades, since the need for accuracy reduces with a longer Stop Loss. This can also lead to an increase in the number of profitable trades.