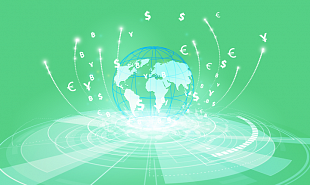 
China's industrial production increased by 4.2% in August. It was the fourth straight month of growth in industrial output in one of the world's biggest economies. The sharpest pace in the sequence followed by the decline of the COVID wave, with production accelerating in both manufacturing and communal services.  Meanwhile, the volume of mining has slowed down. In the first eight months of 2022, industrial production increased by 3.6% compared to the same period in 2021.

CNY and its subsequent pairs


It's an important indicator, since the EU economy is basically based on Germany's. The ZEW Indicator of Economic Sentiment  fell for a third month to -61.9 in September. This is the lowest level since October 2008. At the same time, the outlook for the next six months has worsened further amid the prospects of energy shortages in winter.


Annual inflation rate in the U.K. unexpectedly showed 9.9% in August, still the highest since 1982. Moreover, the largest contribution to the decline was made by the prices of motor fuel, while the prices of gasoline and diesel fuel increased in August. Prices for food, clothing, shoes and various goods and services also showed an increase.

GBP and its subsequent pairs


The annual inflation rate in the EU jumped to 10% in September, reaching double digits for the first time in history. Inflation has been rising for the fifth month in a row, while it is clear that prices have not reached their peak. The pressure has already spread from energy carriers to other goods, such as food, alcohol, tobacco and non-energy industrial products.


The indicator for current activity returned to negative territory by falling to -9.9 in September. The new orders index remained negative, while the shipments index also declined but remained positive. Businesses reported continued employment growth, while expectations for price increases over the next six months remain subdued.